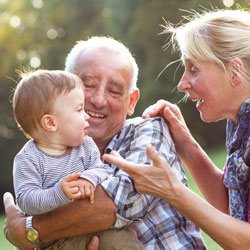 After a death, grieving family members or friends have many demands placed on them in preparation for a funeral. What kind of funeral? Should a loved one be buried or cremated? What do you need to buy from a funeral home? Where do you arrange for a grave marker?

This can worsen an already heavy load of stress. We recommend discussing the patient’s wishes for a funeral well in advance.

Prearranging Your Own Funeral

Making arrangements for your own funeral can be as simple as writing down your preferences as to what kind of funeral you would like and where you want it to be held, and leaving these instructions with family members. If you have chosen a funeral home, the funeral director can file the instructions for safekeeping. Some people want to do as much pre-planning as possible, including paying for their own funerals in advance. If you are considering pre-paying a funeral home for your funeral:

Make sure you choose a licensed funeral director that has been in business for several years and has a good reputation in the community.

Ask where your money is going. How is it being protected?

Find out if there is any flexibility in the plan. What happens if you move to another province?

Find out if the agreement can be cancelled at any time. At what cost?

Keep a copy of the agreement and let other people know where the copy is stored.

Funerals are influenced by cultural and religious traditions, family preferences and costs. Most are held one to four days after death. If they are held more than four days after death, the reason is usually to accommodate people who are traveling long distances and need more time to arrive.

Funeral services are often held in a funeral home or a religious building, but they can be held anywhere the family chooses. After the funeral service, the remains of the deceased are usually transported by hearse to a public cemetery or mausoleum. In the case of cremation, some families may choose not to bury the ashes, but to keep them in an urn or scatter them on private property.

The traditional funeral is not the only option. Some families choose to bury or cremate the body soon after death, without holding a viewing or funeral service. These families may choose to hold a memorial service later. Memorial services can be held anywhere, in a hall or home, or by a gravesite, as the family wishes.

The funeral home is very often the family’s main resource in planning a funeral. The funeral director is usually sensitive to the many kinds of mourning rituals, taking into account different religious or cultural beliefs. In addition to caring for the deceased person’s remains, presenting options for the funeral, and offering guidance to the family, the funeral director acts as an overall coordinator, often linking with religious institutions or businesses involved with the funeral. Funeral homes often offer packages that include a variety of services, but these services can also be priced on an item-by-item basis if the packages do not meet your needs.

Even the simplest funerals can be quite expensive, with costs easily rising to thousands of dollars. Funeral costs include:

Basic fees: The funeral home generally has one fee to cover work that is common to all funerals: filling out forms, getting necessary permits, requesting death certificates, coordinating arrangements with religious institutions, cemeteries, or crematoriums; and taking care of the remains of the deceased after death. The funeral director may also remind you about the many details that need to be taken care of, such as (if necessary): bringing clothing for the deceased to the funeral home, deciding on pallbearers, choosing someone to deliver a eulogy, choosing a charity in lieu of flowers, and selecting a company to provide a monument or memorial.

If you would like the funeral home to take care of these details for you, make sure you know the costs. Some funeral homes charge for the actual costs of these services, while others charge costs plus a handling fee. Costs add up quickly, so prior decision making saves time and money. If you cannot afford a funeral, you may want to ask about whether your province or territory will provide financial assistance, as some jurisdictions have provisions stating that every person has a right to a funeral at death. If the deceased person is a war veteran, you may want to be aware of the Last Post Fund. This is a non-profit corporation financially supported by Veterans Affairs Canada to ensure that war veterans are not denied a dignified funeral and burial for lack of sufficient funds.

Air Travel for Funerals Some airlines offer reduced fares for family members traveling to a funeral or to the bedside of someone who is dying. In order to receive the reduced fare, airlines will want to verify the person is seriously ill or has died. You may be asked for the name, address and phone number of the hospital or funeral home so the airline can check the information you have provided. Other times the airline may charge full fare and reimburse you part of the fare when you supply a Death Certificate.